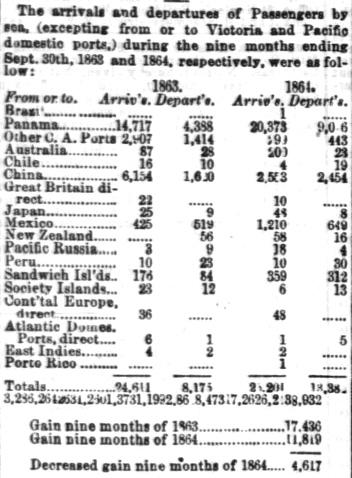 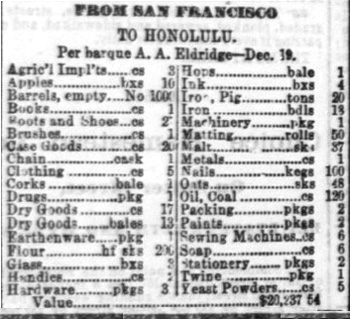 (Above: List of EXPORTS from the port of San Francisco to Honolulu,
December 20, 1864 from the Daily Alta California, San Francisco)

The Struggle for Sea Power: A Naval History of the American Revolution

Author Sam Willis is a maritime historian, archaeologist, and broadcaster. He is the author of a number of books on maritime and naval history, including The Fighting Temeraire: Legend of Trafalgar and the Fighting Ships

series. Willis has appeared in and presented numerous TV series, including Shipwrecks and Castles for BBC4 and Operation Grand Canyon for BBC2. He is a Visiting Fellow in Maritime and Naval History at the University of Plymouth, a Fellow of the Royal Historical Society, and a Fellow of the Society of Antiquaries.

Jun Kimura
“The most comprehensive technical inventory of East Asian shipbuilding and shipwrecks available to date, this detailed analysis refines our understanding of East Asia ship construction.”—Hans Konrad Van Tilburg, author of Chinese Junks on the Pacific: Views from a Different Deck

The Price of Admiralty: The Evolution of Naval Warfare from Trafalgar to Midway

A Civil War Gunboat in Pacific Waters: Life on Board USS Saginaw

Pirate Nation: Elizabeth I and Her Royal Sea Rovers

David Childs.
For all the romantic mythology surrounding the court of Queen Elizabeth I, the financial underpinning of the reign of 'Gloriana' was decidedly sordid. Elizabeth's policy of seizing foreign assets made her popular at home but drew her into a partnership with pirates who preyed on the state's foes and friends alike, being rewarded or punished depending on how much of a cut the Queen received, rather than the legitimacy of their action. For this reason the rule of law at sea was arbitrary and almost non-existent. Even those, such as the Lord Admiral and the Court of Admiralty, who were tasked with policing the seas and eliminating piracy, managed their own pirate fleets.

A Seaman's Book of Sea Stories

The Pursuit of Power: Technology, Armed Force, and Society since A.D. 1000

Lighthouses of California
A Guidebook And Keepsake

Lighthouses of the Pacific Coast
California, Oregon, and Washington

Shipwrecks of the Pacific Coast

The Unforgiving Coast
Maritime Disasters of the Pacific Northwest

A Long, Dangerous Coastline
Shipwreck Tales from Alaska to California