A nation of islands, the Maldives is situated to the Southwest of Sri Lanka, on the equator. The numerous coral reef islands 1,190 in total form an archipelago of 26 natural atolls (groups of neighbouring coral islands).

These 26 atolls are organised into 19 administrative atolls with the capital island of Male' established as an entity of its own forming the twentieth division.

It is believed that the Maldives were first settled by Aryan immigrants who are thought to have colonised Sri Lanka at the same time (around 500 BC). Further migration from South India, as well as Sri Lanka, occurred. The latest archaeological findings suggest the islands were inhabited as early as 1500 BC. Around 947 AD, recorded contact with the outside world began with the first Arab traveller.

The outside world influenced Maldivian life significantly: Early traders found Buddhist customs and practices. But the greatest contribution made by the Persian and Arab Travellers was the conversion of the Maldivians to Islam in 1153 AD. Dhivehi (Maldivian language) also underwent a certain conversion as a result of contact with the outside world. The islands provided the main source of cowrie shells, then used as currency throughout Asia and parts of the East African coast.

During the sixteenth century the Portuguese manned an expedition against the Maldives and administered their holdings from Goa on India's west coast. For fifteen years the invaders tried to maintain control over the islands. But The Maldives were scattered over seas that were often as dangerous as attacks by brave Maldivians waging daring warfare against the colonialist's.

In the mid-seventeenth century, the Dutch, replaced the Portuguese as the dominant power in Ceylon, and established hegemony over Maldivian affairs without involving themselves directly in local matters, which were governed according to centuries-old Islamic customs. By the 1800s, European Oriental Trade had expanded dramatically; since the Maldives straddle trade routes from Europe and Africa to the East, surveying and charting the Maldivian seas became an urgent international need. Therefore, when the British Admiralty survey of the Red Sea was completed in 1834, Commander Moresby was dispatched to the Maldives.

Commander Moresby reached the Maldives in 1835 with special letters to the Radhun from the Governments of Bombay and Ceylon. The purpose of Commander Moresby's visit was to survey and chart the Maldivian seas for the British Admiralty. The British colonial policy, was of course, greatly based on trade.

Loss of The "Samarang." -- The following was handed to us by a sailor on Saturday last: --

To the Editor of one of the Columbian Journals.

Sir,--The barque Samarang, of Newcastle, under my command, was totally lost upon a reef near the island of Villigille Suadive Atoll, Maldive Islands, on the night of 21st August, 1849, crew and passengers landed at Villigille land forwarded here by the native authorities, and arrived here 6th October, 1849 after great sufferings and the loss of four hands from fever, all hands having been sick except two.

Some of the sailors have arrived in the Maldivian Dhonies that have just come on their annual voyage, and the captain and crew are to come in a small vessel to Galle.

Professor Dana, who in his Two Years before the Mast gave us experiences of California that thirty years have made almost historical, has contributed a most valuable monograph to natural history in his Corals and Coral Islands. He has studied these wonders most minutely in the Southern Pacific, especially around the Fiji Isles, and has written an almost exhaustive treatise both on the zoophytes themselves and on their reefs and islands. The book is illustrated to great perfection with drawings of the various descriptions of coral, and of their structures. Wherever we open the book we come upon diagrams of exquisite branching forms, with their wonderful living stars stretching out upon them, and meet with some interesting facts and descriptions.

The King of the Maldives bears the title of "Ibrahim Sultan, King of the thirteen Attollons and the twelve thousand isles," and this is not an exaggeration we are told in the page which contains a curious illustration representing one of those curious Attolls of the Maldives, which consist of an oval ring of coral structure, so adorned by vegetation that, from the dock of a ship at some distance, we are told that some look like garlands on the surface of the water.

We need hardly say that the old notion of the coral "worms" raising new lands from the bottom of the sea has long been exploded. Their mission seems rather to keep above water the heads of the mountains of sunken lands, working as they do close below the surface of the ocean, on a foundation supplied by the sunken lands.

Perhaps the most curious case is that of the Bermudas, which certainly have undergone a sea change far beyond that which Ariel's song ascribed to the bones of King Alfonso, when wrecked on their coast. For it appears that the 305 islets are after all the higher points of a large Attoll. When the "Great Bermuda Dock" was in course of excavation layers of red earth were found, with remains of cedars, under water. Again to the south-west, a few rocks, called the Flats, only remain where the oldest maps of the Atlantic mark islets known as the False Bermudas. Were not these the Fortunate Isles, the Atlantis to which the mariner who sailed towards the sunset was thought to have tended?

The coral lives and works on "the submerged ring, the furthest from the Equator in existence, and probably is preparing for the future elevation of the group. The observations on the vegetation and phonomena of tho coral reef and isle in their completed state are full of interest. Observations are collected from all quarters, with authorities minutely referred to, and excellent maps, and tho whole book is a most valuable contribution to natural science.

The usual ceremony connected with the reception of the Ambassador of the Sultan of the Maldives by the Governor took place the other day. Ismail Didi took with him the customary presents, and was escorted up to Queen's House by the Lascoreens and ushered into His Excellency's presence by the Maha Mudaliyar. He was, of course, graciously received, but nothing unusual occurred; the only interesting point being the remarks of His Excellency recording his satisfaction at the way the Sultan treated the sailors shipwrecked on the islands.

To continuously uphold the Maldives as a British colony would have cost financially much more than they would have been able to generate from the country, thus the islands became a British protectorate beginning in 1887.

A revolution has taken place, and been quietly effected, in the Government of the Maldives, the people having risen and deposed the late Sultan Ibrahim Murridin and placed on the throne his brother's son Mauhammad Munieddin. It seems that things had come to a pretty pass before this change was effected, the late King having become hopelessly involved with money-lenders and merchants from Bombay. Envoys were sent to Colombo, and Sir Arthur Gordon sent back the formal sanction of the Government to this change. The Ceylon Government was urged to interfere, and put the affairs of the island--financial and otherwise--on a more satisfactory basis.

Affairs in the Maldives. 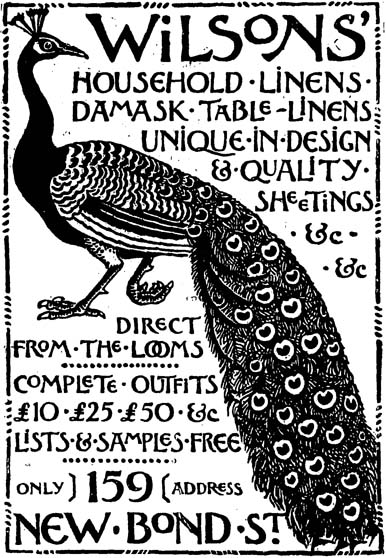 Mohamed Didi, uncle of the former young Sultan of the Maldives, and who was over in Ceylon some time ago to interview the Lieutenant-Governor about Maldive affairs, arrived in Colombo again the other day in a buggalow, accompanied by a kali or judge in the Maldive Islands. It is reported that all the people there are not yet satisfied with the present Government, though the Commissioner who was sent from Ceylon fully confirmed the Sultan. The complaint is that the Commissioner had no interview with anyone who is opposed to the present Sultan, but that all inquiries were restricted to the present Sultan, his Ministers, and partisans. Even Mohamed Didi was not questioned or examined by the Commissioner. Some of the people wrho ntended to appear before the Commissioner did not do so, as hey had no confidence in the Maldive interpreter who acco mpanied the Commissioner. Mohamed Didi is on his way to the Laccadivs, where his family is.

Syed Omer Bin Emin Madalee Mowlana, general merchant, of Weligama, Ceylon, writes thus about the Maldives to the Ceylon Observer: "I have been a resident at Maldive for some time and I found great order and quietness prevailing there. The Sultan is surrounded by good ministers and justice is well administered. The people are well satisfied with their Sultan and his reign is a source of joy to the people." Things over in the Maldives have greatly improved all round.

Pacific Worlds: A History of Seas, Peoples, and Cultures

Asia, the Pacific Islands and the coasts of the Americas have long been studied separately. This single-volume history of the Pacific traces the global interactions and remarkable peoples that have connected these regions with each other and with Europe and the Indian Ocean, for millennia. From ancient canoe navigators, monumental civilisations, pirates and seaborne empires, to the rise of nuclear testing, Matt Matsuda ranges across the frontiers of colonial history, anthropology and Pacific Rim economics and politics, piecing together a history of the region.

Note: Illustrations on this site are here to bring the stories to life; if you wish to order a copy, reproductions are often available by clicking the image.