Besides the officers already mentioned as sailing for West Africa by the Cabenda next Saturday, Captain F. A. Liston is going out by the same vessel to Sierra Leone to Join the West India Regiment. Paymaster A. F. H. Cos is also going in the Cobenda to Sierra Leone.

(Editor's Note: The above is spelled in the article as "Cabenda" and "Cobenda.")

It is understood that the steamer is taking out between 50 and 100 tons of stores for the Niger Expedition. They are officially scheduled as provisions. This Niger expedition is one in which two shallow-draught gunboats, Jackdaw and Heron, are to take part.

By the Angola, sailing on the 22nd inst., Major H. L. Gallwey leaves here for the Niger Coast Protectorate. On his arrival in the Protectorate it is understood that Sir Ralph Moor, who has now about finished the Benin palaver, will be returning to England.

The British and African Company's Boma arrived here this morning from the West and South-West coasts of Africa, including the River Congo.

The Boma had among her passengers seven Belgians. Nearly all had been employed on the railway which is being made into the interior, and most of them were invalided home. They reported that the Congo Free State was recruiting men in Middle Congo to serve in the army up the Congo River, and there had been a good deal of fighting.

The Boma left H.M.S. Alecte at Cape Lopez on the 4th September. Cape Lopez is a Spanish port on the French Ivory Coast, which includes the ports of Grand Bassam, Assinie, Grand Lahon, and other places. A duty of 6s, was to be enforced by the French on all logs of mahogany exported. This was to come into operation on the 1st inst., and when the Boma passed on September 23rd traders were getting off all the logs they possibly could. The French also require traders cutting mahogany to pay a yearly license of 1,000 francs. It was said that all foreign mahogany traders and exporters intended leaving the colony, as the license and duty could not be paid and trade carried on at a profit. A number of British native subjects were in the French Ivory Coast, but these, it was understood, would return to the adjacent Gold Coast Colony when the new duties were enforced.

The Boma left Sierra Leone on the 29th September. Three days previously the same company's steamer Bonny left the colony with 180 of the West India troops and eight officers. They were going up to Lagos, and it was understood at Sierra Leone that on their arrival at Lagos the troops would be displaced into the interior as far as the Morin boundary, which is on the borders of the Royal Niger Company's territory, in the vicinity of which the French are said to be hovering about.

It was also reported from Sierra Leone that the chiefs in Sherbro district were still stopping a good deal of trade in consequence of the protective ordinance which the Sierra Leone authorities were enforcing.

A number of chiefs from Sherbro had arrived at Sierra Leone, and expressed their intention of waiting there until the Governor (Sir Frederick Cardew) arrived. His Excellency leaves Liverpool next Saturday week in the African Company's steamer Angola, and is due at Sierra Leone on the 5th November. The chiefs stated their intention of petitioning her Majesty if their interview with the Governor was unsatisfactory, as they aver that it is with the Queen that they made their treaties in the first instance. Some of the chiefs had been in Freetown for about two months, so that altogether their stay there, if they wait till Governor Cardew reaches the Colony, will have been at least four months.

IVORY COAST
Is the Scene of a General Revolt by Natives
Against the French.

By Telegraph to the Star

Marseilles. May 15. Mail advices have been received here to the effect that there has been a general revolt on the Ivory coast of Africa. The rebels bought magazine rifles in Liberia and attacked the French troops, twenty-five miles from Tabon. Serious fighting followed, the French losing three officers and forty Senegalese killed and wounded. Several hundred of the rebels are reported to have been killed.

The Diary of Antera Duke: An Eighteenth-Century African Slave Trader

Stephen D. Behrendt, A. J. H. Lathma, David Northrup
In his diary, Antera Duke (ca.1735-ca.1809) wrote the only surviving eyewitness account of the slave trade by an African merchant. A leader in late eighteenth-century Old Calabar, a cluster of Efik-speaking communities in the Cross River region, he resided in Duke Town, forty-five miles from the Atlantic Ocean in what is now southeast Nigeria. His diary, written in trade English from 1785 to 1788, is a candid account of daily life in an African community at the height of Calabar's overseas commerce. It provides valuable information on Old Calabar's economic activity both with other African businessmen and with European ship captains who arrived to trade for slaves, produce, and provisions.

Basil Davidson states that by examining three important areas of Africa in the history of slavery against a general background of their time and circumstance he was taking "a fresh look at the oversea slave trade, the steady year-by-year export of African labour to the West Indies and the Americas that marked the era of forced migration." (Africans were joined by abused laborers from China, "indentured servants" from Ireland, and Britain's hideous prison hulks.)

Tom Feelings
Alex Haley's Roots awakened many Americans to the cruelty of slavery. The Middle Passage focuses attention on the torturous journey which brought slaves from Africa to the Americas, allowing readers to bear witness to the sufferings of an entire people. 64 paintings.

The Counter-Revolution of 1776:
Slave Resistance and the Origins of the United States of America

Gerald Home
The successful 1776 revolt against British rule in North America has been hailed almost universally as a great step forward for humanity. But the Africans then residing in the colonies overwhelmingly sided with London. In this trailblazing book, Gerald Horne complements his earlier celebrated Negro Comrades of the Crown, by showing that in the prelude to 1776, the abolition of slavery seemed all but inevitable in London, delighting Africans as much as it outraged slaveholders, and sparking the colonial revolt.

James T. Campbell
Many works of history deal with the journeys of blacks in bondage from Africa to the United States along the middle passage, but there is also a rich and little examined history of African Americans traveling in the opposite direction. In Middle Passages, award-winning historian James T. Campbell recounts more than two centuries of African American journeys to Africa, including the experiences of such extraordinary figures as Langston Hughes, W.E.B. DuBois, Richard Wright, Malcolm X, and Maya Angelou. This series is under presiding editor Arthur Schlesinger, Jr.

A New and Accurate Description of the Coast of Guinea: Divided into the Gold, the Slave, and the Ivory Coasts

The Religious Revolution in the Ivory Coast: The Prophet Harris and the Harrist Church
(Studies in Religion)

Erik Gilbert and
Jonathan T. Reynolds
A comprehensive survey providing a view of African history in the wider context of World History. The book illustrates how Africans have influenced regions beyond the continent's borders, how they have been influenced from outside, and how internal African developments can be compared and contrasted to those elsewhere in the world. This volume encourages readers to address the many oversimplified myths regarding the continent and its people.

The German Colonial Experience: Select Documents on German Rule in Africa, China, and the Pacific 1884-1914

Journal of a slave-dealer: "A view of some remarkable axcedents in the life of Nicholas Owen on the coast of Africa and America from the year 1746 to the year 1757."
Nicholas Owen 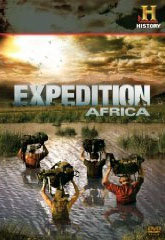 The Oxford Companion to Ships and the Sea
(Oxford Reference)