Captain Cook's primary goal was to determine whether there was a northwest passage above the North American continent.

In 1768, Cook, a surveyor in the Royal Navy, was commissioned a lieutenant in command of the HMS Endeavor and led an expedition that took scientists to Tahiti to chart the course of the planet Venus. In 1771, he returned to England, having explored the coast of New Zealand and Australia and circumnavigated the globe.

Beginning in 1772, he commanded a major mission to the South Pacific and during the next three years explored the Antarctic region, charted the New Hebrides, and discovered New Caledonia.

In 1776, Cook sailed from England again as commander of the HMS Resolution and Discovery, and in January 1778 he made his first visit to the Hawaiian Islands. He may have been the first European to ever visit the island group, which he named the Sandwich Islands in honor of one of his patrons, John Montague, the Earl of Sandwich.

Cook returned to the Hawaiian islands to replenish and repair his ships. Searching for a safe harbor, Cook eventually moored in Kealakekua Bay on the Kona coast of the Big Island (now Hawaii). Cook's arrival happened to coincide with a period when wars ceased and games were held to honor Lono.

Oatehite. From the Voyages of Captain Cook.
Robert Isaak Cruikkshank

Robert Isaak Cruikkshank first studied art under his father, Isaac Cruikshank. During the Napoleonic wars, he served in the merchant navy after which he returned to his artistic career. Among his illustrations are some notable ones for Miguel de Cervantes' classic novel, Don Quixote de la Mancha. In 1835, the London publisher, Thomas McLean, acquired a number of the most popular plates and reprinted them for an edition entitled Cruikshankiana.

Thus, Cook was treated like a god, with natives lavishing him with gifts and holding ceremonies in his honor.

Oheitepha Bay on the Island of Otaheite,
from "Captain Cook's Last Voyage," 1809

After Cook and his crew departed, a storm damaged the Resolution, forcing a return to Kealakekua. Suddenly wary, the natives could not understand how a god could have allowed this to happen. Their respect for Cook waned, and relations between the Hawaiians and the foreigners grew tense. A misunderstanding led to a fierce battle, and Cook was killed by angry natives.

SUCCESSFUL LOCAL OPERA
"Captain Cook" Makes a Distinct Hit at the Bush Street Theater.
The Work, Which Is Based on Hawaiian Themes, Is Enthusiastically Received.

People who went to see "Captain Cook" at the Bush-street Theater last night in the patronizing spirit which theater-goers generally cherish toward amateur performances were so agreeably surprised at the entertainment that before the end of the first act they found themselves applauding with the most enthusiastic of the composer's friends.

"Captain Cook" is the work of a couple of local men, Sands W. Forman being the librettist and Noah Brandt the composer. The opera was produced by a company of local concert singers and amateurs, who had been drilled into an ease and assurance which in the majority of cases were thoroughly professional. The plot of the opera deals with the adventures of Captain Cook and his men on the Hawaiian Islands.

There is enough love-making to satisfy a society novelist, the tender passages being sandwiched with the schemings of a comic priest to the Goddess Pele and the amorous designs of a dusky old maid. Several of the situations are telling, particularly the one when the lovers' combat is interrupted by the eruption of Mauna Loa. As a whole the story is effective and its setting is pretty and original.

The Hawaiian background has also been of use to Noah Brandt in writing the vary charming music of "Captain Cook." He has used imitations of the native themes just enough to stamp the opera with the original and haunting charm. The chant for instance that the natives sing in the distance, as Cook first becomes aware of their presence, is so weird and fascinating that, like Oliver Twist, one feels inclined to ask for more. Much of the music in the ballets d'action is also as charming as it is characteristic of the islands, and the dancing and staging of these ballets were of an excellence not often seen in San Francisco.

It is only here and there, however, that the character of the themes savors of the South Seas, just as though to give original coloring to the work. On the other hand "Captain Cook" is as full of bright, tuneful waltzes as a Strauss opera. The choruses, which are more ambitious in scope than most of the solos, are all effective and beautiful, some of them being quite grandiose. The trio and chorus, "The King Am I," was one of those that received the most enthusiastic encores.

As there is not one dull bar in the whole of the opera, it would be necessary to give a complete list of all the solos to name those that pleased. Most of Princess Ia Ia's songs were redemanded, particularly the "Fern Leaf" waltz. Captain Cook's "In Me You Behold Captain Bold,'' was another good solo, and Koko Bola's thunder maker song was very effective. At the conclusion of the second act the composer was literally showered with flowers and the applause was continued till he had made a brief speech expressing gratification at the reception given the work.

A Voyage To The Pacific Ocean. Undertaken, By The Command Of His Majesty, For Making Discoveries In The Northern Hemisphere, To Determine The Position And Extent Of The West Side Of North America; Its Distance From Asia; And The Practicability Of A Northern Passage To Europe. Performed Under The Direction Of Captains Cook, Clerke, And Gore, In His Majesty's Ships The Resolution And Discovery, In The Years 1776, 1777, 1778, 1779, And 1780

The Selected Letters of Elizabeth Stoddard

Jennifer Putzi, Elizabeth Stockton.
The Selected Letters provides a fascinating introduction to this compelling writer, while at the same time complicating earlier representations of her as either a literary handmaiden to her at-the-time more famous husband, the poet Richard Henry Stoddard, or worse, as the “Pythoness” whose difficult personality made her a fickle and unreasonable friend.

A Voyage to California, the Sandwich Islands, and Around the World 1826-1829
Auguste Bernard Duhault-Cilly 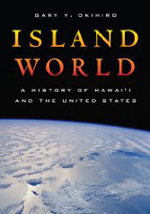 Walter A. McDougall
Author of "Freedom Just Around the Corner" and the Pulitzer Prize winning "the Heavens and the Earth"
"Four centuries of exciting voyages of discovery, pioneering feats, engineering marvels, political plots, business chicanery, racial clashes and brutal wars."

Mark Twain in Hawaii: Roughing It in the Sandwich Islands, Hawaii in the 1860's

Kamehameha:
The Warrior King of Hawaii
(A Latitude 20 Book)