News of the discovery of gold in California reached around the world. In addition to all other nations descending on the mines, several thousand Australian and New Zealander men, women and children responded to the lure. In 1849-1850, more than 200 hundred sailing vessels made the treacherous journey to California's Pacific Coast. Like all voyagers to the gold fields, they sailed in anything afloat: large ocean-going ships, barques, brigs, coastal cutters and schooners.

The first announcement of gold was published in Australia on December 23, 1848 in the Sydney Morning Herald. Coastal sailing vessels brought the news to Hobart, where it was published on January 9, 1849 and in Adelaide on January 27, 1849. It reached Auckland by December 2, Wellington on December 10, 1849, and Dunedin in the South on March 7, 1849.

By the end of January 1849, seven vessels -آآ six from Sydney and one from Hobart - had sailed from Australia for San Francisco with 93 passengers, including six women and four children.

The sailing route and time from Australia to San Francisco depending on the wind and needs for replenishment of food and water. Ports usually included New Zealand, Tahiti, and/or the Sandwich Islands (Hawaii).

Among the early ships sailing for San Francisco from Australia and New Zealand were:

Deborah, 121-ton schooner.
Master: Andrew Bliss.
Agent: R.T. Ford, shipping and customs agent.
Sailed from Tahiti April 19, 1849 for San Francisco.
All of the crew, bar one, deserted on arrival in San Francisco. The one person had a bad foot; he was made mate. The mate worked on her return voyage to Oahu with a crew of Sandwich Islanders who were returning from the mines due to sickness. Each were paid $100.00. The crew after leaving Oahu were Sandwich Islanders, except for the mate, who was receiving a very high rate of wages. Cargo was 100 lb. gold dust. She left for the Sandwich Islands April 26, 1849 and arrived May 21, 1849.

Captain: Francis W. Lodge.
A few tons of cargo.
Cabin passage from Sydney to San Francisco in January cost 30 pounds and a steerage passage 10 pounds. Freight was taken on at 5 pounds per ton on weight or measurement. Upon arrival in San Francisco, her crew deserted, as was common then, and her captain used her along the Sacramento River as a grog shop and "hospital." She was moved to San Francisco and rented as a bonded storeship until March 1, 1850 for $700 per month. The captain complained that he had to pay his laborers "six dollars per day and three men do the work of one man."

Eliza. Schooner, built in Australia, constructed by convicts at Port Arthur for the Government in 1834, purchased by a private merchant. Freight. No passengers.

Phantom, 13-ton, single deck Cutter. Length 34'6", beam; 11'6"; depth 5'. Built at Sydney by Andrew William Reynolds in 1848 and owned by a Sydney landholder, George Pike. Sailed from Sydney Since she carried neither passengers nor cargo, she may have been sent to be sold once in port; however in June, it was reported in Sydney, Australia, that she had been seized by customs at San Francisco for a breach of port regulations. The outcome of the seizure has not been discovered, but she was sold shortly afterwards.

Sabine, 175-ton American brig. Part-owner E. Kingsbury.
Sailed March 31, 1849 (another report indicates that the sailing was April 4, 1849). Arrived San Francisco in 88 days: July 1, 1849. On her return trip to Port Jackson, she was 61 days out from San Francisco. Her master, George W. Town, found it difficult to find five men in San Francisco to navigate her to Hawaii and had to pay $80 each for the run. At Honolulu, he was able to pick up a crew.
Master: George W. Town.
24 passengers.

Seringapatam, 398 ton ship (another sources has her at 335 tons) built in Bombay in 1799, named after the 1798 victory by British troops over Tipu Sultan, the ruler of Mysore, which finally gave the East India Company control over the south-west Indian state. Prior to sailing to America, she was continuously employed in sealing and whaling for 46 years (from 1801 to 1847). Sailed from Sydney on December 23, 1849, Captain Lovett. Arrived San Francisco March 18, 1850 (85 days at sea) with 158 passengers.

William Hill , 119-ton brig, built at the Clarence River, N.S.W., by William Phillips in 1847 for a Sydney merchant, Edward Smith Hill. Loaded with spirits, beer, tobacco, mustard, spades, saddlery, oil, paint, pickles, beef, butter, pork, wine and other articles, mostly in small quantities. 81 days to San Francisco. Sailed January 20, 1849. Arrived San Francisco April 18, 1849 (88 days at sea). She was unable to sell her cargo in San Francisco and sailed back to Tahiti with much of it intact.
Master: J. Macdonald.
52 passengers, including:

William Melville, 219 ton bark (British), built in Newport in 1844 left Tasmania March 30, 1849. Captain George Thomas. 116 days from Launceston, Tasmania. On May 13, 1850, sent a boat shore at Patersons' Group in search of water. The boat's crew were decoyed natives into the bushes on the pretense they would be shown water. They were attacked by a great number of natives. Two crewmen were killed: Francis Lacey of Hobart Town and Michael McSweeny of Ireland. Remainder of crew saved themselves by swimming off towards the ship and a boat sent to pick them up. Cargo: 110 opossum rugs, 1 horse (for Captain Thomas), 1 house for the Captain, flour, oats, rice, pickles, butter, bacon, medicine, tobacco, sugar, tea and onions.
Passengers:

The Fatal Shore
The Epic of Australia's Founding

Margaret Mendelawitz
Starting as a court reporter, parliamentary newspaper columnist and theatre critic, he developed an instinct for injustice, humbug and charade. For 20 years he edited his own weekly journal, 'Household Words', later known as 'All the Year Round', publishing articles and stories designed to be interesting, entertaining, and educational. Dickens had a keen interest in Australia and fortuitously began publishing the periodical at a transitional moment, just before the heady days of the 1850s gold rush set the world ablaze. The discovery of gold drove a period of mass immigration, expansion into the hinterlands, and caused radical economic and social changes in an emerging nation. Of the nearly 3000 articles published in 'Household Words', some 100 related to Australia and have been collected in this anthology. Dickens saw Australia offering opportunities for England's poor and downtrodden to make a new start and a brighter future for themselves; optimism reflected in many of the articles.

A Merciless Place: The Fate of Britain's Convicts after the American Revolution

Emma Christopher
The fate of British convicts is a dramatic story-the saga of forgotten men and women scattered to the farthest corners of the British empire, driven by the American Revolution and the African slave trade. A Merciless Place captures the story of poverty, punishment, and transportation. The story begins with the American War of Independence which interrupted the flow of British convicts into America. Two entrepreneurs organized the criminals into military units to fight for the crown. The felon soldiers went to West Africa's slave-trading posts just as the war ended; these forts became the new destination for England's rapidly multiplying convicts. The move was a disaster. To end the scandal, the British government chose a new destination, as far away as possible: Australia. 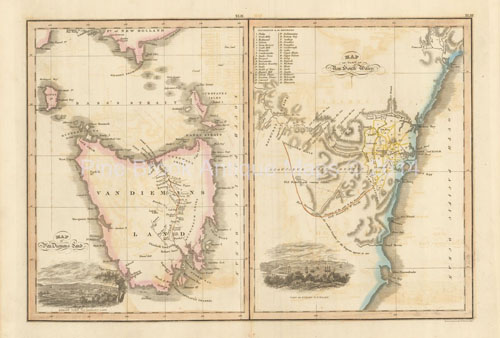 Ellen Clacy
An 1853 account of a trip by Mrs Charles (Ellen) Clacy (1830-1901) to the Australian goldfields. Essentially a guide for prospective emigrants, with much practical advice within the narrative, this books sheds light on early Australian social history and hints at problems in the author's outwardly respectable life.

Among Australia's Pioneers
Chinese Indentured Pastoral Workers on the Northern Frontier 1848 to c.1880

Margaret Slocomb
The almost simultaneous abolition of the slave trade and the cessation of convict transportation to the colony of New South Wales started a quest by the squatter pastoralists for alternative sources of cheap labor for their vast sheep runs. Over a period of five years, beginning from 1848, around three thousand Chinese men and boys from Fujian Province were recruited under conditions little different from the slave trade.Athor Margaret Slocomb focuses on the experiences of approximately two hundred of these Chinese laborers between 1848 and 1853.

True History of the Kelly Gang

A Novel by Peter Carey

Out of nineteenth-century Australia rides a hero of his people and a man for all nations, in this masterpiece by the Booker Prize-winning author of Oscar and Lucinda and Jack Maggs. Exhilarating, hilarious, panoramic, and immediately engrossing. This is Ned Kelly's true confession, in his own words and written on the run for an infant daughter he has never seen. To the authorities, this son of dirt-poor Irish immigrants was a born thief and, ultimately, a cold-blooded murderer; to most other Australians, he was a scapegoat and patriot persecuted by "English" landlords and their agents.With his brothers and two friends, Kelly eluded a massive police manhunt for twenty months, living by his wits and strong heart, supplementing his bushwhacking skills with ingenious bank robberies while enjoying the support of most everyone not in uniform.

Australians: Eureka to the Diggers

Author Thomas Keneally is a novelist, playwright, and nonfiction author who is best-known for the Booker Prize-winning novel Schindler's Ark, which was adapted into the movie Schindler's List. His other titles include the Penguin Lives biography Abraham Lincoln, American Scoundrel: The Life of the Notorious Civil War General Dan Sickles, and A Commonwealth of Thieves: The Improbable Birth of Australia.

Four Seasons of Mojo
An Herbal Guide to Natural Living

A Selection of Books about
Australian Mining Companies

The Gold Rush
The Fever That Forever Changed Australia

David Hill
Australia's incredible gold rushes of the mid-to late-1800s produced tremendous wealth and ensured the financial survival of the struggling Australian colonies. They also tripled the country's small population, halted convict transportation, subverted the hierarchical British class system, laid the foundations of the Australian egalitarian ethos, and stimulated the democratic ideas that led to the establishment of the nation of Australia. David Hill recreates this monumental turning point in Australia's history using diaries, journals, books, letters, official reports, Parliamentary enquiries, and newspaper reports of the time, along with his own storyteller's skill of bringing the past to life from New South Wales and Victoria, up to Queensland and the Northern Territory, then down to Tasmania and across the great deserts of Western Australia.