Captains in the Seaport of San Francisco during the 1800s

During the 1860s, Henry Mayo Newhall was an auctioneer in San Francisco, selling goods brought in by ship.

According to Newhall family stories, at one point the Newhalls even tried selling the Channel Islands. Apparently there were no takers.

This road is progressing very prosperously. There are now five different camps at which laborers are working, vis.: at the deep cut this side of the Rock House, the second beyond the House of Refuge, the third above the Abbey Summit and near the Seventeenth Mile House, and another on the Stockton Ranch, in the neighborhood of San Jose. At those different places there are over 300 laborers, with tools, etc. The bridges are all completed, except the one at San Jose over the Guadlaloupe river, and some trestle work near the Rock House, and for the unfinished portion, the timber, Mendocino redwood, is all on the ground, and will be immediately put up. The graduation will be finished, in Santa Clara county, in about four weeks distance, 17 miles; of the 23 miles in San Mateo county, there are 17 miles completed. The balance is in this county, though only about five miles, is the most difficult, on account of tbe deep cuts and fills. The whole road, however, we are assured authoritatively, will be fully ready fur the iron superstructure by next December, at which time, or in the month of January next, the iron is expected from the East to arrive. It will require only about five or six weeks, with the force the contractors will employ, to lay down the rails and put the cars running the whole length of the road; so that we may confidently expect to have railway communication between this city and San Jose in the mouth of March. This is working wonders in so short a space of lime, for the labor on this enterprise was only commenced about a year ago.

The entire length of the road is fifty miles, and the capital stock of the Company is $2,000,000.

MARSHALL'S SALE OF CHINESE WINE. -- By order of the United States Marshal, H. M. Newhall & Co. sold at auction, yesterday, thirteen lots of Chinese wine, amounting to 12,005 jars for the sum of $52.775.55; the same having been seized by the Custom House authorities.

On January 15, 1875, 49-year-old Henry Mayo Newhall paid just under $2 for each of 46,460 acres of the Rancho San Francisco in the Santa Clarita Valley. An old land grant that had fallen into private hands when Mexican Revolutionaries wrested political control from Spanish missionaries in the early 1800s. The drought of 1863-1864 had devastated the Del Valle cattle ranch, and Henry Newhall purchased the land after various speculators defaulted on loans.

Newhall had made a fortune in railroads and knew the Iron Horse could bring people, commerce and prosperity to his new holdings. For one dollar, he deeded a right of way at the eastern extremity of his local Rancho to Southern Pacific's Charles Crocker (of banking fame) and Leland Stanford (co-founder of the California Republican Party). For another dollar, Newhall sold them a plot of land for a whistle stop near present-day Railroad Avenue. Southern Pacific started designing a new town around it later that year and dubbed it "Newhall."

Following Henry Newhall's death in 1882, his widow and five sons sought to avoid the family imbroglios that invariably seem to accompany the division of an estate. Rather than split their California Ranchos among themselves, family members joined forces and created what they called The Newhall Land and Farming Company to manage their agricultural and ranching concerns. On December 23, 1936 -- sixty years after Alex Mentry started pumping high-grade crude out of Pico Canyon, a mile south of Newhall property -- Henry Newhall's grandson-in-law Atholl McBean finally struck oil on the Rancho San Francisco. McBean changed the old land grant's name to "Newhall Ranch."

San Francisco, December 24: Walter Scott Newhall, a prominent merchant of this city, died here yesterday. He was 46 years of age.

The Newhall Land and Farming Company spent the 1950s and early '60s readying itself for a change in direction.

If it must pay taxes for housing, it may as well build. Family members had strong feelings for the land and were loath to sell off portions piecemeal. Instead, they hired cutting-edge urban planners to design a complete, self-contained town with an appropriate blend of homes, schools, parks, shopping centers and other necessities.

As Henry Newhall had done 90 years earlier, in 1965 an aging Atholl McBean was ready to sell a right of way for the purpose of building a town. By now the automobile had replaced the locomotive as the primary purveyor of people; McBean sold the right of way not to Southern Pacific, but to the State of California for the construction of Interstate 5.

Again a new town would spring up along a major transportation corridor. On the advice of Henry Newhall's great-grandson, Scott Newhall, the town was called "Valencia."

Scott Newhall's grandeloquent editorials graced the pages of The Mighty Signal from 1963, when he purchased the paper, until 1988, a decade after he sold it to Morris Newspaper Corp. He died in 1992 at the age of 78.

Later generations of the Newhalls worked at The San Francisco Chronicle during the 1960s (Scott Newhall) and again during the 1980s and '90s (Anthony Newhall, son of Scott). During that time, members of the Tobin family were on the Board of Directors of the newspaper and Richard Tobin Thieriot was publisher of the Chronicle.

The Age of Gold:
The California Gold Rush and the New American Dream

Frank Soule, John H. Gihon, James Nisbet 1855. Written by three journalists who were witnesses to and participants in the extraordinary events they describe. The Annals of San Francisco is both an essential record for historians and a fascinating narrative for general readers. Over 100 historical engravings are included. Partial Contents: Expeditions of Viscaino; Conduct of the Fathers towards the natives; Pious Fund of California; Colonel John C. Fremont; Insurrection of the Californians; Description of the Golden Gate; The Mission and Presidio of San Francisco; Removal of the Hudson's Bay Company; Resolutions concerning gambling; General Effects of the Gold Discoveries; Third Great Fire; Immigration diminished; The Chinese in California; Clipper Ships; Increase of population; and Commercial depression.

Indians, Missionaries, and Merchants:
The Legacy of Colonial Encounters on the California Frontiers 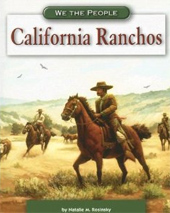