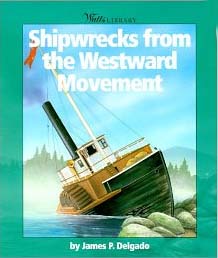 Camp Castaway was established by the survivors of the wreck of the Captain Lincoln, a U.S. transport schooner, on January 3, 1852. The ship began taking on water during a storm while en route from San Francisco to Fort Orford at the town of Port Orford. To avoid sinking, the captain decided to beach the ship north of Cape Arago. All of the roughly 30 troops (U.S. 1st Dragoons, Company C, predecessors to the U.S. Cavalry) on board, and the ship's crew, survived the wreck and most of the cargo was salvaged.

At the time no U.S. settlement was present at Coos Bay, so commanding officer Lt. Henry Stanton decided to establish the camp to protect the cargo until it could be transported to Fort Orford, some 50 miles south on the Oregon Coast. The troops and crew used spars, booms and sail cloth from the schooner to build tent structures for housing and for protecting the cargo from winter rains and blowing sand. They named the temporary post Camp Castaway. The camp endured for four months in the open dunes with help from Native Americans of the Coos tribe who traded fresh foods to the soldiers for silverware, biscuits and other nonlocal goods.

You're watching again another beautiful sunset at the Hollering Place Wayside in the Empire district of Coos Bay. Soon you spot the DAR marker in the far left corner of the Wayside. It reads, in part: “Camp Castaway. On this beach west of here, the U.S. Transport Captain Lincoln was beached [on Jan. 3, 1852] at high tide during a storm. The soldiers and crew built a camp from the sails under the trees. . ."

You wonder how the Lincoln ended up a wreck on North Spit of Coos Bay, across from you and on the other side of those towering dunes.

The Captain Lincoln was an old three-masted schooner that had come around Cape Horn. William H. Packwood, a soldier aboard, said, “She was in poor condition for going to sea.”

On the positive side, the Lincoln like other schooners could sailin shallow waters, handle well in tricky coastal winds and had a small crew. When compared with other schooners of her size (300 tons) and cargo capacity (150 tons), the Captain Lincoln was most likely around 150 feet long, 34 feet wide and nine or 10 feet deep.

The Lincoln had on her final voyage 45 souls aboard including a crew of eight, 35 troopers of Co. C, First Dragoons, and two officers. The men had to sleep almost a week in the cargo hold on wooden planks laid atop barrels and boxes. Their commander, 1st Lt. Henry W.Stanton, and assistant surgeon Francis Sorrel stayed in comfortable cabins in the stern.

Who was Captain Lincoln, the ship’s namesake?

The writer thinks he was 31-year old Capt. George Lincoln, who was killed at the Battle of Buena Vista, Mexico, on Feb. 23, 1847, during the war with Mexico. He was also cited for gallantry in two earlier battles. At the time of his death, he was assistant adjutant to Gen. Winfield Scott, commander of U.S. forces at Buena Vista. George Lincoln was the son of Levi Lincoln Jr, governor of Massachusetts two terms and congressman from that state four terms. For these reasons, I believe the transport Captain Lincoln was named in honor of Captain George Lincoln.

On Dec. 28, 1851, the Captain Lincoln left the calm waters of San Francisco Bay and set sail for Port Orford on Oregon’s South Coast. There she would discharge the soldiers and part of her cargo (mainly foodstuffs such as pork, beans and hardtack; and building materials) for Fort Orford. Later the schooner would sail hundreds of miles farther north and deliver the remainder of her cargo at Fort Steilacoom on Puget Sound near present-day Tacoma.

Just outside the Golden Gate, the Lincoln ran into a violent storm, a southwesterly, that lasted for days. Immediately the schooner began to leak badly. Lt. Stanton ordered his men to man the pumps. Working unceasingly in four-hour shifts of 12 men each, the soldiers kept the ship from sinking. The unrelenting gale made it impossible to land at Port Orford and winds drove the Lincoln north. For the entire voyage, the soldiers had only hardtack and cold, raw salt pork for meals because the high seas extinguished all fires in the cook’s galley.

On Jan. 1, 1852, water began to gain on the pumps. On the next day, veteran master Samuel W. Naghel and West Pointer Lt. Stanton decided to head for the coast. They would even dump the cargo to keep the transport afloat. Their only hope, said Pvt. Phillip Brack, was to hunt for a beach where they might land safely. But Pvt. Packwood feared the men would fight to the death over their only whaleboat, which could hold “but a small portion of those aboard,” he said.

Capt. Naghel changed course, the wind calmed down and he hoisted more sail. Around 3 or 4 on the morning of the third, a heavy fog rolled in. Pat McCullock and his men took over the pumps while Packwood and his crew went below.

On deck, Capt. Naghel suddenly ordered ”hard- a- lee!” The mate at the wheel turned the bow into the wind. The Captain Lincoln, her full canvas unfurled, was carried toward the shore, which was hidden in the dark and fog. Only the mate and Pvt. Brack, who was on watch, were now on deck.
The Lincoln struck a sand bar about 200 yards from the shore, said Brack, and came to a dead stop. Baldwin said there was “a thundering crash [and] the deck was rent asunder.” Water poured in on the men in the cargo hold.

The Lincoln settled down to the bottom broadside to the ocean. Breakers ran over her. A wave swept Brack off the deck. Another one brought him back!

Packwood thought the vessel would roll over.

The Captain Lincoln struck the bottom again and for the last time. McCulloch took a sounding with an oar from the whaleboat. They were on sand, not rocks.

They were all alive!

Editor's note: The above appeared in Pacific Coast Living in the fall of 2012.
It is a publication for seniors living on the Oregon coast. 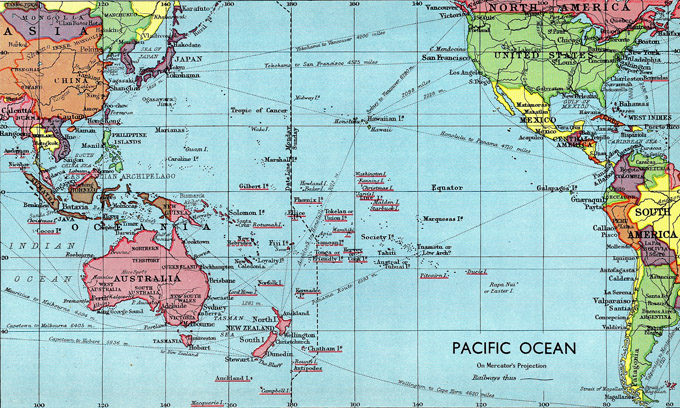 Timothy G. Lynch
Maritime historian Timothy Lynch looks at the history of the Golden State through the prism of the maritime world: how the region developed and how indigenous people interacted with the marine ecosystem. And how they and others - Spanish, English, Russian, American - interpreted and constructed the oceans, lakes and river networks of the region.

Waterways served as highways, protective barriers, invasion routes, cultural inspiration, zones of recreation, sources of sustenance: much as they do today. He presents how the Gold Rush transformed the region, wreaking havoc on the marine environment, and how the scale and scope of maritime operations waxed and waned in the decades after that event. In all, the delicate balance between protection and utilization is paramount.

Written as part of a project with the National Park Service and the Organization of American Historians. Benefitting from hundreds of primary sources, dozens of captivating images and reflective of the latest trends in the field.