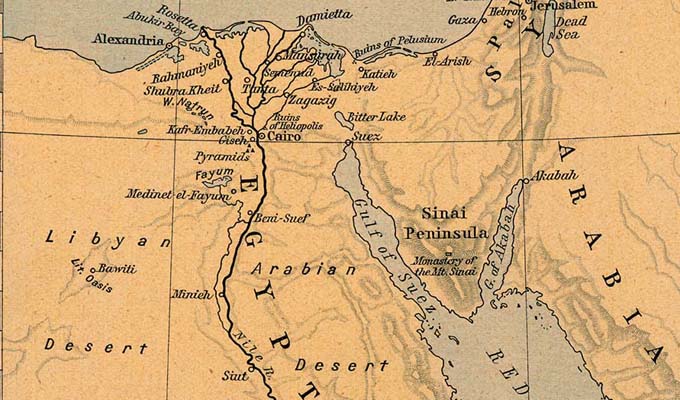 The Source of the Nile

Discovery of the Source of the Nile

Solution of the Oldest Problem Known to Civilization.

[From the Boston Daily Advertiser, May 30th.]

Our attentive correspondent in Egypt has forwarded to us an extra (or Bulletino Straordinarie) of the "Spettatore Egiziano," published at Alexandria under date of the 7th of May, containing more full particulars have elsewhere been published, of the discovery of the sources of the White Nile, by Speke and Grant, the intrepid English explorers.

xandria to London at the same time that this extra appeared, and some brief notices have appeared in the English journals; but we are gratified to be able to lay before our readers this more particular account in the characteristic phrase of the original tidings. The letter containing this news, as shown by the postmarks reached Boston in only nineteen days from Alexandria.

(From the Egyptian Spectator, Extra Translation.]

We are indebted to the courtesy of Doctor Ori for the following communication, which we hasten to lay before our readers and the public generally to announce the great discovery of the source of the Nile, for which we are beholden to two courageous English travelers. We promise to lay before our readers more detailed information as soon as we are enabled to obtain it.

"Khartum, March 29th. Here is great news. Speke and Grant, the Intrepid English travelers, overcoming all obstacles, crossing 'under' the line, reached Kondogoro, and thence are now approaching this place. It seems almost a dream. Their portfolios undoubtedly contain the solution of the great problem that has puszled us from the remotest antiquity, viz: the discovery of the souirce of the Nile. We have not as yet spoken with them, but leave immediately on camel back to meet them on their way, and to give them an ovation. If at the following station we obtain further details we will hasten to communicate them.

"April 2d. I add another line about Speke and Grant, knowing the immense interest that you all feel in these matters.

Speke says but little, for two reasons: First, because, like a true descendant of Joh Bull, he is naturally taciturn; second, because he is only familiar with one language, and precisely the one that none of us know anything about. We can glean bat few intelligible sentences from one of the Interpreters, who attempts to make us understand him him in a species of Arabic patois.

"From his answers we learn that the Nile springs from a Lake Victoria that he professes to have circumnavigated and found to be very extensive; that Kondogoro is five degrees (less some minutes) from the equator in the northern hemisphere, and about the same latitude south of the lake which he says is the source of the Bahr-el-Biad, or White Nile.

"They started from Zanzibar with seventy men; of these only seventeen remain. The number was greatly diminished by desertion; others were lost to sickness and casualties. They had to fight their way to reach White river, but relate marvellous things of the subequatorial regions, and, above all, report large quantities of ivory. They may be considered very fortunate to have accomplished their purpose without meeting the unhappy fate of poor Peney.

"Now would be a time for the Egyptian Government to make an effort so as to anticipate others in the work of discovering and digging up these immense treasures; now they could do it themselves, with all the profit and the glory."

Captains Speke and Grant have discovered the answer to a question which has perplexed the world ever since the time of Herodotus. "With regard to the sources of the Nile," said the Father of History, more than 2 300 years ago, "I have found no one among all those with whom have conversed, whether Egyptian, Libyans, or Greeks, who professed to have any knowledge, except a single person," whose story was trustworthy. Caesar is reported to have said that he would abandon warlike pursuits if he might have a certain hope ef seeing the sources of the Nile. Horace alludes to

It was long since ascertained by travelers ascending up the stream of the Nile, that near Khartum, in north latitude, 14 degrees 37 minutes, its waters divide into two branches, called respectfully the White Nile and Blue Nile. Below this confluence the Nile flows fifteen hundred miles into the Mediterranean, and (with the exception of a single unimportant tributary) it receives nowhere a single drop of water, while it is a fruitful source of supply to numerous works of artificial irrigation.

The sources of the Blue Nile, three springs in north latitude in degrees, were ascertained by the Portuguese Jesuit, Father Lobo, adn afterward by Bruce; but those of the Whtie Nile have hitherto defied discovery. Browne penetrated as far as north latitude 7 degrees; Linant Bey, in 1827, not quite so far; Hoskins and Colonel Leake, baffled in their efforts, declared that an armed force would be necessary to subdue the great extent of country through which the river passes.

Werne went as far as 4 degrees of north Latitude, and M. Brun Rollet nearly as high. The former was obliged to return by reaching shoals which could not be crossed by his boats, and be dared not leave them. The river where his explorations ceased was three hundred and twenty-three feet wide, "broad, surrounded by high reeds; the banks (he says) seem to be of a soft green color, formed by pale green aquatic plants lilac convolvulus, moss, water thistles, andi a kind of hemp in which yellow ambac tree flourishes, hung round with luxuriant, deep yellow creepers." The river seemed to stretch south southwest.

The latest expedition in this direction to discover the source o the Nile, is that of Captain Petherick, as a volunteer of whose party, our fellow citizen Dr. Brownell, of Connecticut, lost his life last year in the manner heretofore recorded. Dr. Brownell's death occurred in north latitude fifteen degrees. The fate of Petherick and his companions is not known.

Speke and Grant confirmed  the source of the Nile.

Meanwhile, Captains Speke and Grant entered the interior of Africa from the eastern coast, and left Zanzibar, September 25, 1560, to prosecute discoveries in the interior. On the 18th instant we printed an account derived from Goodhue, United States Vice Consul at Zanzibar, stating that they had last been heard from April 11, 1862 (a year ago, that is), in latitude one degree thirty minutes south; that they had been thwarted in in their progress down a river which they discovered and which they believed to be the first certain branch of the Nile.

We now hear of them at the other end of their journey, which has been crowned with complete success. It appears that the adventurous travelers have indeed penetrated to the source of the White Nile, which they find to be a large lake, and to this they have loyally given the name of "Victoria." Having made this discovery, the little band of explorers, reduced from seventy to seventeen, have sailed down the river the grandest voyage ever known to geographer and their approach to Khartum is reported in the above letter. There is some obscurity in the account with regard to the position of the lake: the strict sense of the original (which our translation faithfully follows,) would place it as Far north as ten degrees of north latitude; but as previous discoverers have followed the river at least sis degrees further south, we suspect that there is some inaccuracy in the report in this respect.

It has been given to the present age to solve this interesting geographic problem, as also that of the northwest passage; and, although in neither case do the discoveries which have been made promise much practical advantage to mankind, we cannot but facilitate ourselves that the domain of knowledge has been enlarged by persistent and intelligent effort.

The sources of the Nile are contained in the rain-clouds of the equator, which pour themselves down on the forest plateau, form into a thousand rivers, and finally collect in enormous lakes, the precise number and importance of which are yet to be determined. From Baker's Albert N'yanza the most northerly in latitude, and lowest in level, of these inland seas the Nile runs toward Europe, and plunges into the Sahara. From its great equatorial reservoirs it receives a sufficiency of water to maintain its existence throughout this land of fire, where all other rivers are speedily extinguished. But the Nile not only flows through the Sahara, it also overflows the flat country lying near its mouth, and, casting mud on the surface of the sand, creates that meadow which is called Egypt.

Now this black mud does not come from the lands of the equator; the waters of the Nile are clear, or white; and although the lakes can keep the Nile alive in its journey through the desert, they cannot make it overflow. Whence then proceed these rich soil-laden and redudant waters to the weary Nile?

On the right-hand side of that flowing river, between its waters and the Red Sea, a cluster of mountains rises in the air. These are the Highlands of Ethiopia the romantic Abyssinia, the Switzerland of Africa; and down these hilly slopes, at a certain season of the year, rush two noisy streams the Blue or Black Nile, and the Atbara which, stripping their country of its black upper soil, fall into the Nile, and bestow upon it such a wealth of water, that, as soon as it escapes from the rocky walls which line its course in the Nubian Desert, it is forced to overflow.

Thus the Nile is created by the rain fall of the equator, and Egypt by the rainfall of the tropics. If the White Nile did not exist, the Black Nile would be nothing it would perish in the sand. But if the Black Nile did not exist, the White Nile would be merely a barren river in a sandy plain, with some Arab encampments on its banks.

Alexandria: A History and Guide

Peoples of the Sea

Immanuel Velikovsky (Russian-Jewish Independent Scholar. 1895-1979.)
This was the third published volume of Velikovsky's controversial reconstructions of ancient Egyptian history. This volume contains an appendix that every scholar or reader interested in the subject is advised to read. It is the story of how the conventional history of ancient Egypt was dated.

The Ptolemies, the Sea and the Nile: Studies in Waterborne Power

Editors: Professor Kostas Buraselis (University of Athens), Mary Stefanou (University of Athens), Dr. Dorothy J. Thompson (Cambridge)
Within the developing Aegean empire of the Ptolemies, the role of the navy and its admirals is examined. Egypt's close relationship to Rhodes is subjected to scrutiny, as is the constant threat of piracy. Along with the trade in grain came the exchange of other products. Ptolemaic kings used their wealth for luxury ships. Alexandria, the new capital of Egypt, attracted poets, scholars and philosophers; geographical exploration by sea was a feature of the period.

Egyptian Mummies: Unraveling the Secrets of an Ancient Art