VIPs in the Seaport of San Francisco

A collector of voyages, Richard Hakluyt belonged to a Herefordshire family of Dutch descent, and was born either at Eyton in that county or in London, and educated at Westminster School and Oxford.

The world fired his imagination and implanted in his mind a keen interest in geography and the lives and adventures of great navigators and discoverers, which became the ruling passion of his life. In order to increase his knowledge of these matters he studied various foreign languages and the art of navigation.

He took orders, and was chaplain of the English Embassy in Paris, Rector of Witheringsett, Suffolk, 1590, Archdeacon of Westminster, 1602, and Rector of Gedney, Lincolnshire, 1612.

After a first collection of voyages to America and the West Indies he compiled, while at Paris, his great work, The Principal Navigations, Voyages and Discoveries of the English Nation made by Sea or over Land to the Remote and Farthest Distant Quarters of the Earth within the Compass of these 1500 Years. It appeared in its final form (three folio vols.) in 1599.

in 1584. He encouraged English merchants and the government to adopt a policy of maritime trade and colonial development. He spoke of many advantages to the new world such as productive soil and the use of colonial pine to make British ships. He spoke of the amount of money that could be made for the crown by taxing colonial goods and selling British Wool. He also said that the Britain's position in the Colonies gave them an advantage with their rivalry with Spain. Richard wanted to send old soldiers to go fight in the new world, along with homeless and criminals so that they may start over in the new world.

He left a vast store of manuscripts, afterwards used but in lesser quality.

In all, his work Hakluyt was actuated not only by the love of knowledge, but by a noble patriotism: He wished to see England the great sea-power of the world, and he lived to see it so.

His work, as has been said, is our English epic. In addition to his original writings he translated various works, among them being The Discoveries of the World, from the Portuguese of Antonio Galvano.

Richard Hakluyt (Click to view a selection of his works) 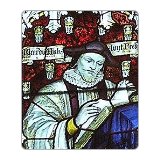 James P. Delgado
Described as a "forest of masts," San Francisco's Gold Rush waterfront was a floating economy of ships and wharves, where a dazzling array of goods from every port in the world was traded and transported. Drawing on excavations in buried ships and collapsed buildings from this period, author James P. Delgado re-creates San Francisco's unique maritime landscape, shedding new light on the city's remarkable rise from a small village to a boomtown of thousands from 1848 to 1851. Gleaning history from artifacts--preserves and liquors in bottles, leather boots and jackets, hulls of ships, even crocks of butter lying alongside discarded guns--Gold Rush Port paints a fascinating picture of how ships and global connections created the port and the city of San Francisco.

Click for a Selection of California History Books, including

Features nearly five hundred historical maps and many other illustrations from rough sketches drawn in the field to commercial maps to beautifully rendered works of art. This lavishly illustrated volume tells the story of California's past from a unique visual perspective covering five hundred years of history from before European contact through the Gold Rush and up to the present. The maps are accompanied by a concise, engaging narrative and by extended captions that elucidate the stories and personalities behind their creation.

Frank Soule, John H. Gihon, James Nisbet
1855. Written by three journalists who were witnesses to and participants in the extraordinary events they describe. The Annals of San Francisco is both an essential record for historians and a fascinating narrative for general readers. Over 100 historical engravings are included.

Partial Contents: Expeditions of Viscaino; Conduct of the Fathers towards the natives; Pious Fund of California; Colonel John C. Fremont; Insurrection of the Californians; Description of the Golden Gate; The Mission and Presidio of San Francisco; Removal of the Hudson's Bay Company; Resolutions concerning gambling; General Effects of the Gold Discoveries; Third Great Fire; Immigration diminished; The Chinese in California; Clipper Ships; Increase of population; and Commercial depression.