Isabella Bird was born in 1831 in England where she spent her early years struggling with various diseases as her father moved the family from parish to parish as a minister in the Church of England.

In 1854, Bird's father gave her ?100 and she went to visit relatives in America. She was allowed to stay until her money ran out. She detailed the journey anonymously in her first book The Englishwoman in America, published in 1856. The following year, she went to Canada and then toured Scotland.

In the late 1800s, Isabella L. Bird sailed with Captain James H. Blethen throughout the Sandwich Islands and South Pacific on the S.S. Nevada as the steamship delivered mail between the islands.

Isabella Bird's writings were published in "The Hawaiian Archipelago," which is now available in paperback; the preface follows.

In 1892, she became the first woman inducted into the Royal Photographic Society.

SIX MONTHS AMONG THE PALM GROVES, CORAL REEFS, AND VOLCANOES OF THE SANDWICH ISLANDS. BY ISABELLA L. BIRD.

To my sister, to whom these letters were originally written, they are now affectionately dedicated.

PREFACE. Within the last century the Hawaiian islands have been the topic of various works of merit, and some explanation of the reasons which have led me to enter upon the same subject are necessary.

I was travelling for health, when circumstances induced me to land on the group, and the benefit which I derived from the climate tempted me to remain for nearly seven months. During that time the necessity of leading a life of open air and exercise as a means of recovery, led me to travel on horseback to and fro through the islands, exploring the interior, ascending the highest mountains, visiting the active volcanoes, and remote regions which are known to few even of the residents, living among the natives, and otherwise seeing Hawaiian life in all its phases.

At the close of my visit, my Hawaiian friends urged me strongly to publish my impressions and experiences, on the ground that the best books already existing, besides being old, treat chiefly of aboriginal customs and habits now extinct, and of the introduction of Christianity and subsequent historical events. They also represented that I had seen the islands more thoroughly than any foreign visitor, and the volcano of Mauna Loa under specially favourable circumstances, and that I had so completely lived the island life, and acquainted myself with the existing state of the country, as to be rather a kamaina than a stranger, and that consequently I should be able to write on Hawaii with a degree of intimacy as well as freshness.

My friends at home, who were interested in my narratives, urged me to give them to a wider circle, and my inclinations led me in the same direction, with a sort of longing to make others share something of my own interest and enjoyment.

The letters were written to a near relation, and often hastily and under great difficulties of circumstance, but even with these and other disadvantages, they appear to me the best form of conveying my impressions in their original vividness. With the exception of certain omissions and abridgments, they are printed as they were written, and for such demerits as arise from this mode of publication, I ask the kind indulgence of my readers. 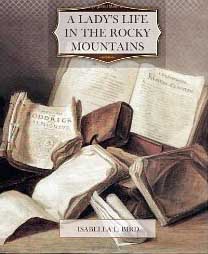 A Selection of Isabella Bird's Writings:

Isabella Bird's travels have also been written about by dozens of historians and can be viewed by clicking this link.