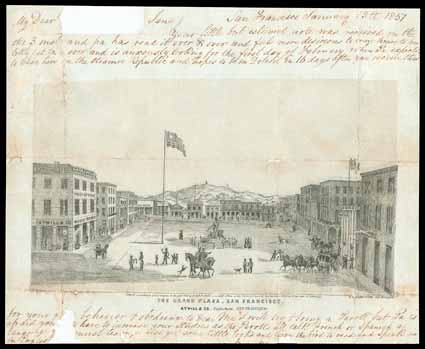 Lettersheet entered according to Act of Congress in the year 1850 by Joseph F. Atwill and clients, office of the District Court of the northern District of the State of California.

In the letter, the Hall Stage office can be seen, the Union Hotel and the El Dorado Hotel.

The letter contents describe a '49er coming home. He states he would like to bring a parrot, but they all talk French or Spanish and his parrot must speak English.

MUSICAL -- A correct musical taste is in a fair way of being successfully cultivated in our community by the introduction of the compositions of the best masters. Several new pieces have been laid on our table by Atwill & Co., of No. 155 J Street.

ATWILL A CO. BEG TO inform their numerous patrons throughout the country, that all orders for A. & Co. must be directed to 172 Washington street, SAN FRANCISCO, as several shopkeepers are pretending to be connected with A. & Co., copying their advertisements, signs, &c, &c., causing many complaints to be received relative to inferior quality of Goods and exorbitant prices charged. 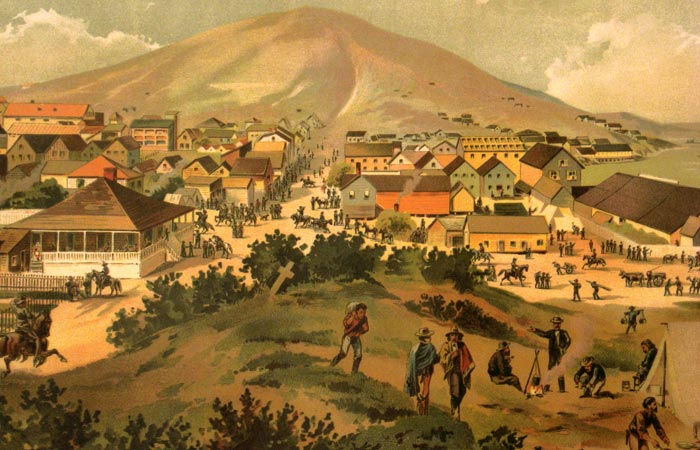