ARRIVAL OF THE STEAMSHIP PACIFIC.
Seventeen Days Later from the Atlantic States.
Late News from Europe and the World's Fair
FRIGHTFUL RIOT AT HOBOKEN, N.Y.
Opening of the N.Y. and Erie Railroad,
and Jubilee Speeches by Daniel Webster, &c.

About half-past four P.M. yesterday, the Pacific was telegraphed, and she soon after made her appearance off the city. Capt. Bailey is in command of this new steamship. The trip from Panama hither has occupied sixteen days, and has been made against head winds most of the way. She left Panama on the 16th ult. at 7 P.M.

The Pacific brings 72 passengers, sixteen of whom are ladies. All well. Her merchandise is consigned to order.

Her news is two or three days in advance of the mail, which left U.S. on the 28th May, per Cherokee.

Through Berford & Co., we received files of papers to the latest date, May 31, from New York.

Gregory & Co. were also prompt in their usual supply of favors.

A fearful riot occurred at Hoboken, N.J. on the 26th of May last, between some Germans who had assembled to celebrate that day, and a gang of New York rowdies called "Short Boys." A few were killed and several badly wounded on both sides.

The papers are filled with an account of the grand opening of the New York and Erie Railroad, on the 15th day of May. President Fillmore and members of the Cabinet, together with many of the chief dignitaries of the union were present at the festival, which is represented as having been of great brilliancy and effect.

At Buffalo, on the 22d May, Hon. Daniel Webster was tendered a public dinner, at which he delivered a long and enthusiastically received address. He also delivered speeches at Syracuse and Albany.

The Great Industrial exhibition, or World's Fair, was opened on the 4th ( ) of May last, with appropriate ceremonies, the Queen leading the festival. Over thirty thousand persons witnessed the opening exercises in the Chrystal Palace . . .

The following vessels are advertised to sail from New York for San Francisco during the month of June:

A magnificent clipper ship called the Challenge was launched in New York on the 24th of May. She is built for Messrs. Griswold, and is intended for the California and China trade. She is said to be the largest and sharpest merchant vessel ever built. 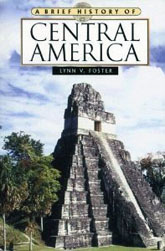 Panama Fever: The Epic Story of One of the Greatest Human Achievements of All Time-- the Building of the Panama Canal

David McCullough
Winner: National Book Award
From the book cover: "Mr. McCullough is a storyteller with the capacity to steer readers through political, financial, and engineerign intricacies without fatique or muddle. This is a great-scale work.
~Newsweek
Simon & Schuster, 1977