Left San Juan del Sud on the afternoon of the 8th inst. U.S. sloop-of-war Portsmouthwas still there, but would sail the next day for Honolulu; officers and crew all well. The 9th inst missed a German, C. Roeshke, supposed to have fallen overboard. The 19th inst. at 7 o'clock, A.M. passed a steamer, suposed to be the John L. Stephens, 75 Miles to the S.W. of San Diego. Yesterday, at 6 o'clock A.M. off Point Carnillia, were in company with a steamer.

The Brother Jonathan brings 461 passengers, and has had no sickness. The transit road was excellent and passengers crossed in three hours. 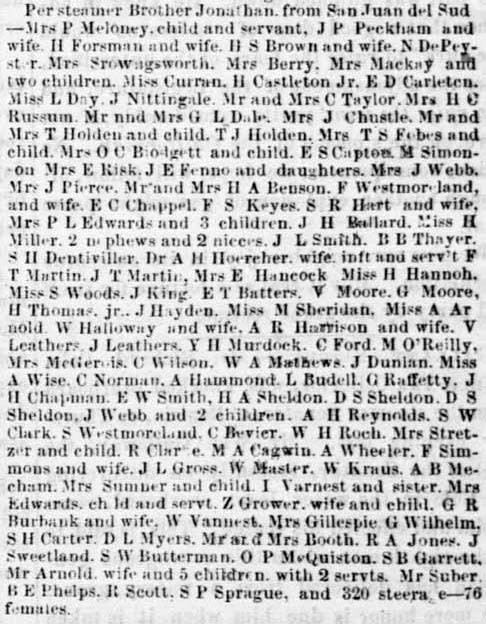