21 days from Panama. On March 8, 1850, Mr. H. B. Harris, a passenger, died on board. He was a merchant, aged 48 years, from Ohio. Left steamer Oregon at Acapulco February 25th to sail next day. She brought a large list of passengers. 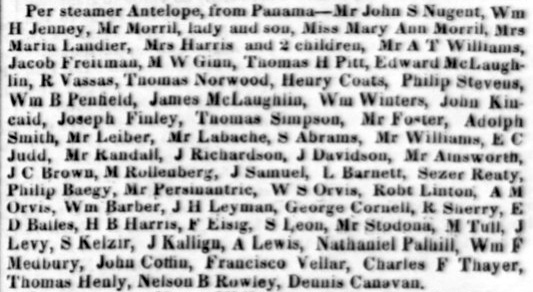