By the steamer Zealandia, which arrived at San Francisco yesterday, we have Sydney dates of January 30th and Auckland dates of February 4th:

Information has been received of the schooner Clyde being washed ashore at Lake Tasmelia, near Lake Ellesmere, New Zealand . . .

The vital statistics of Wellington city show an alarming great mortality amongst children. No fewer than twenty deaths from diarrahea are reported as having occurred during the month of January, and concurrent medical testimony traces the cause of this and the prevalence of zymotic diseases generally to the impure state of the city water supply.

Norfolk Island has been visited by a tremendous hurricane, which has done serious damage to the plantations. The hurricane is expected to reach Samoa . . .

Seventy-three Chinese arrived at Port Darwin January 29th from Hongkong. At a public meeting held under the auspices of the Anti- Chinese League at Melbourne January 29th, a resolution was passed urging the Government to legislate in order to prevent the influx of Chinamen into the country. The New South Wales Assembly, January 3d, approved of the propriety of introducing a bill to restrict Chinese immigration.

The Victorian expedition to New Guinea was decimated by disease and hardships, and by conflicts with the natives. The men were all struck down with sickness, and were unable to work the ship. Mr. Ingham and the crew of the steamer Bourna were at Brooke's Island, when they were suddenly attacked by natives, and Ingham. the master and owner, Isles, the engineer, and one European and two Chinese on board were massacred. The natives have seized all the arms which were in the possession of Ingham and Redick, and it is now dangerous to approach them.

New Zealand: Information has been received of the schooner Clyde being washed ashore at Lake Tasmelia, near Lake Ellesmere, New Zealand.

March 19, 1879, Sacramento Daily Union
The Zealandia, Captain Chevalier, which sailed for Honolulu and Sydney last evening, took twenty-eight cabin passengers, besides a large number of Europeans in the steerage, and fifty Chinese for the plantations at the Sandwich Islands. 3111 sacks of corn for Australia and New Zealand valued at $3548.

The Box: How the Shipping Container Made the World Smaller and the World Economy Bigger

Steamships and Builders
in the Industrial Revolution
(Then & There)

The Advent of Steam:
Merchant Steamships before 1900
(Conway's History of the Ship) 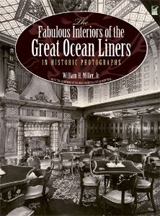