If our National and State Governments will only give us the right kind of laws, we have wealth enough in Pennsylvania to enrich every citizen of industry and perseverance, without the trouble of a dangerous voyage round the world to the Gold regions of California. 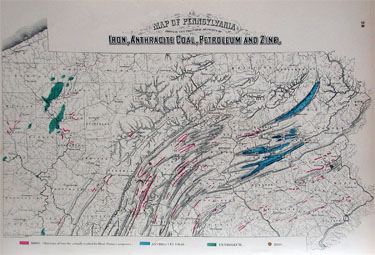 Give us the necessary protection to develope our resources -- protection to enable us to work our mines of coal and iron, to keep up the blast in our furnaces, the fires in our forges, rolling mills, nail factories, to keep the spindles of our cotton manufactories in motion, and employ our Railroads and canals in transporting produce and manufactures -- protection sufficient to keep us clear of the pauper labor Europe, and enable us to give constant employment and good wages to every man willing to work -- give us this and Pennsylvania will be a match for California any day. 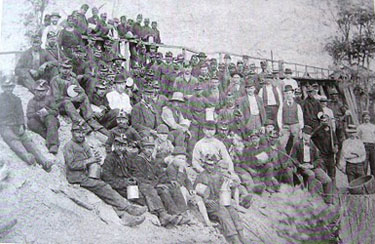 There will no use of going there to gather the golden harvest -- it will flow in upon us by the natural currents of commerce. The old Keystone is the true El Dorado after all -- capable of sustaining a larger and much happier population than any other State or territory in this Union -- California with its gold placers, swamps and deserts not excepted.

The Children of Chinatown: Growing Up Chinese American in San Francisco, 1850-1920

Family Skeletons: Exploring the Lives of our Disreputable Ancestors.

(Images of America)
Lydia B. Zaverukha, Nina Bogdan, Foreward by Ludmila Ershova, PhD.
Even before San Francisco was founded as a city, Russian visitors, explorers, and scientists sailed to the area and made contact with both the indigenous people and representatives of the Spanish government. Although the Russian commercial colony of Fort Ross closed in 1842, the Russian presence in San Francisco continued and the community expanded to include churches, societies, businesses, and newspapers. Some came seeking opportunity, while others were fleeing religious or political persecution.