INDEPENDENCE OF THE ISTHMUS. The Star publishes a communication in Spanish urging the people of the Isthmus to declare themselves independent of the remainder of New Granada.

CALIFORNIAN KILLED. A passenger who went down on the Uncle Sam, on her last trip, name unknown, was killed in Panama, by falling from the balcony of the United States Hotel. It is supposed that he was temporarily insane at tbe time, in consequence of suffering with a severe fever.

FOREIGN WAR VESSELS. The foreign residents of Panama have addressed highly complimentary letters of thanks to Capt. Porter of the St. Mary's, and Capt. Miller, of the British war-ship Clio, for protecting the town against the insurgents. 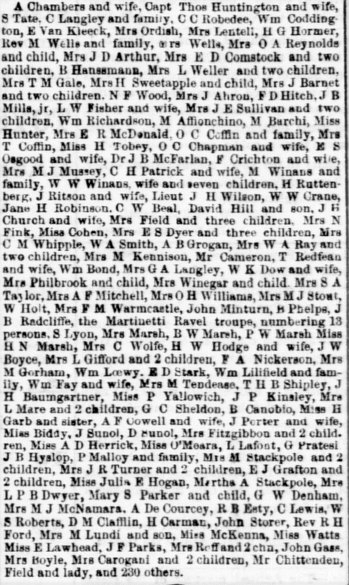